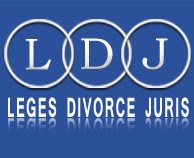 Denying sex to spouse a ground for Divorce:

5. After taking into consideration the pleadings of the parties, the learned Trial Court found that the refusal of the appellant wife to participate in the “Dud Mundari ceremony” and thereafter “Chudha ceremony”, which were customary rituals in the family of the respondent husband caused embarrassment and humiliation to the respondent and such acts on the part of the appellant amounted to cruelty. The learned Trial Court also found that in the span of one year and two months of the married life, the parties had sex only for about 10-15 times and also denial of the appellant for sexual relationship on the very first night of the marriage is a grave act of cruelty as healthy sexual relationship is one of the basic ingredients of a happy marriage. The learned Trial Court also found that filing of the complaints by the appellant with the Crime Against Women Cell and Family Counsel Office also collectively caused mental cruelty to the respondent husband. Accordingly, the learned trial court granted a decree of divorce in favour of the respondent and against the appellant and consequently also dismissed her counter claim for restitution of conjugal rights